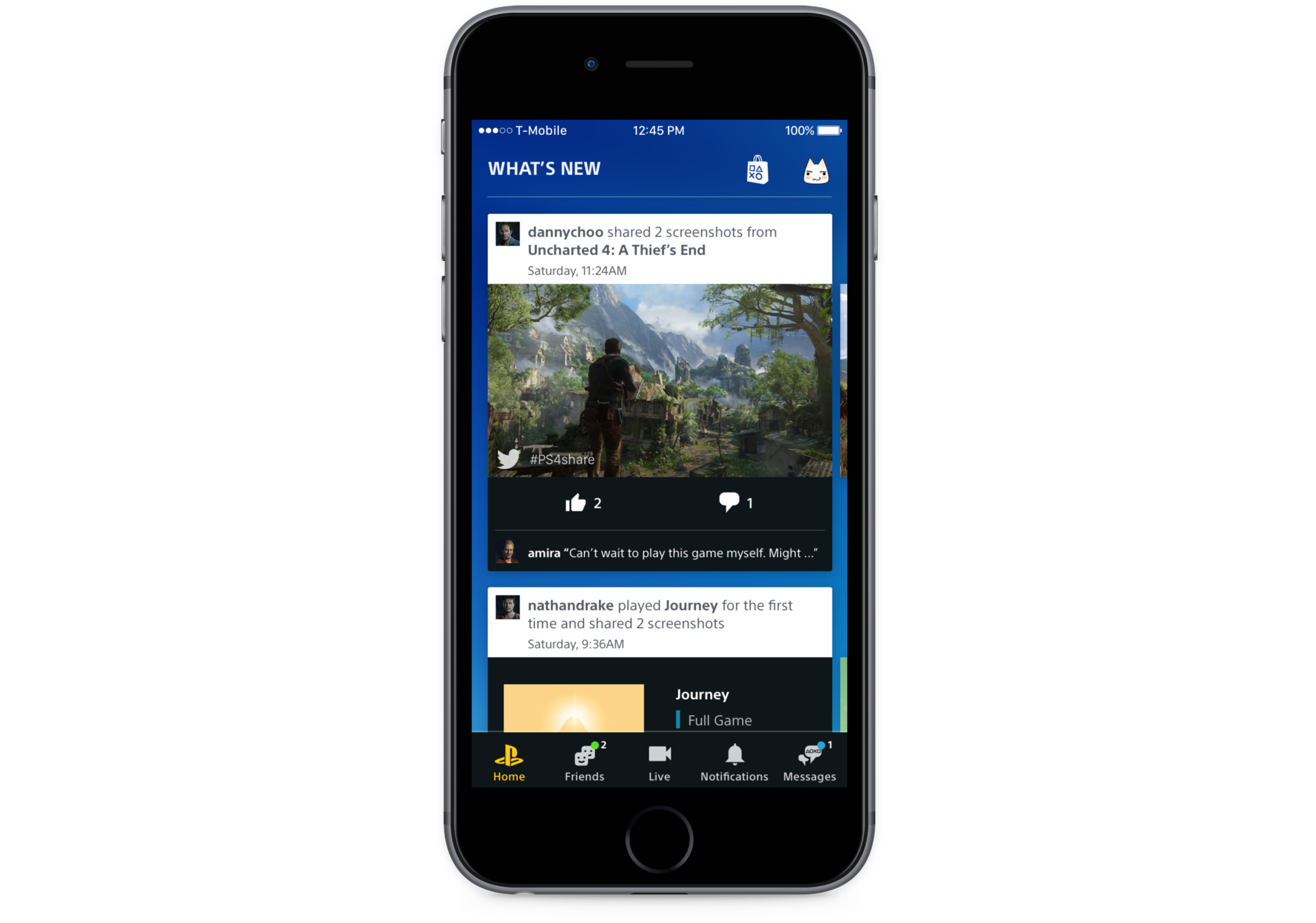 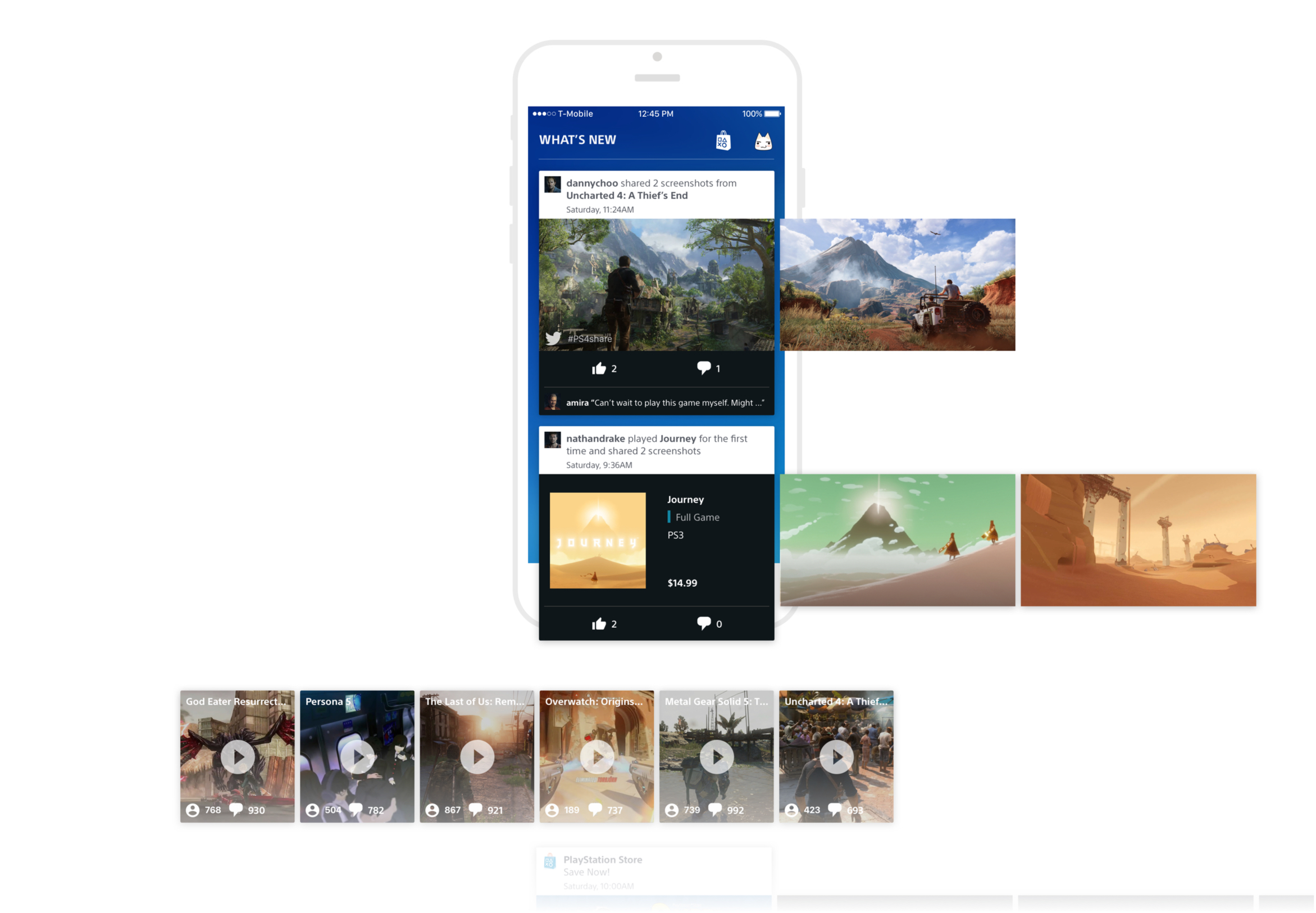 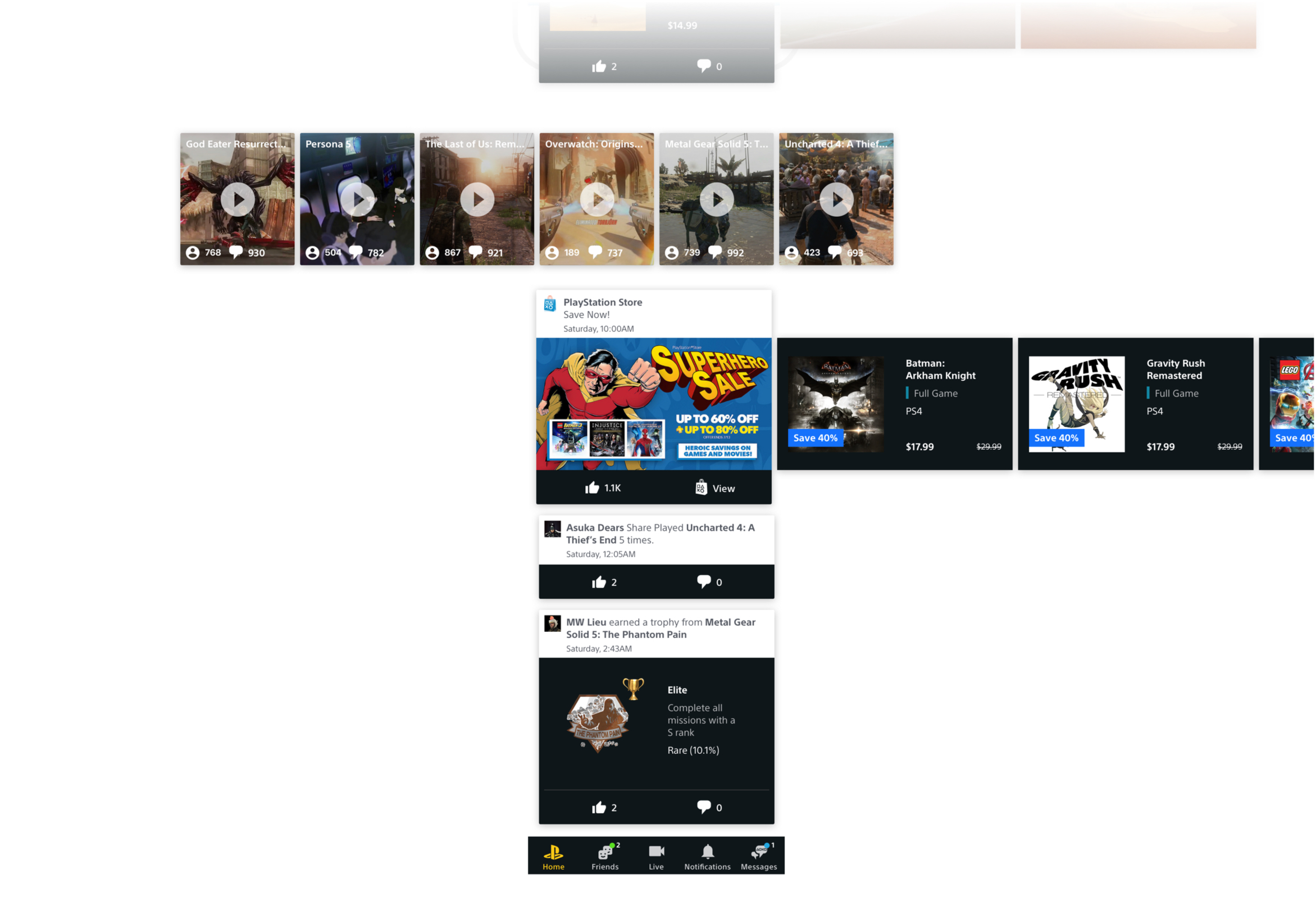 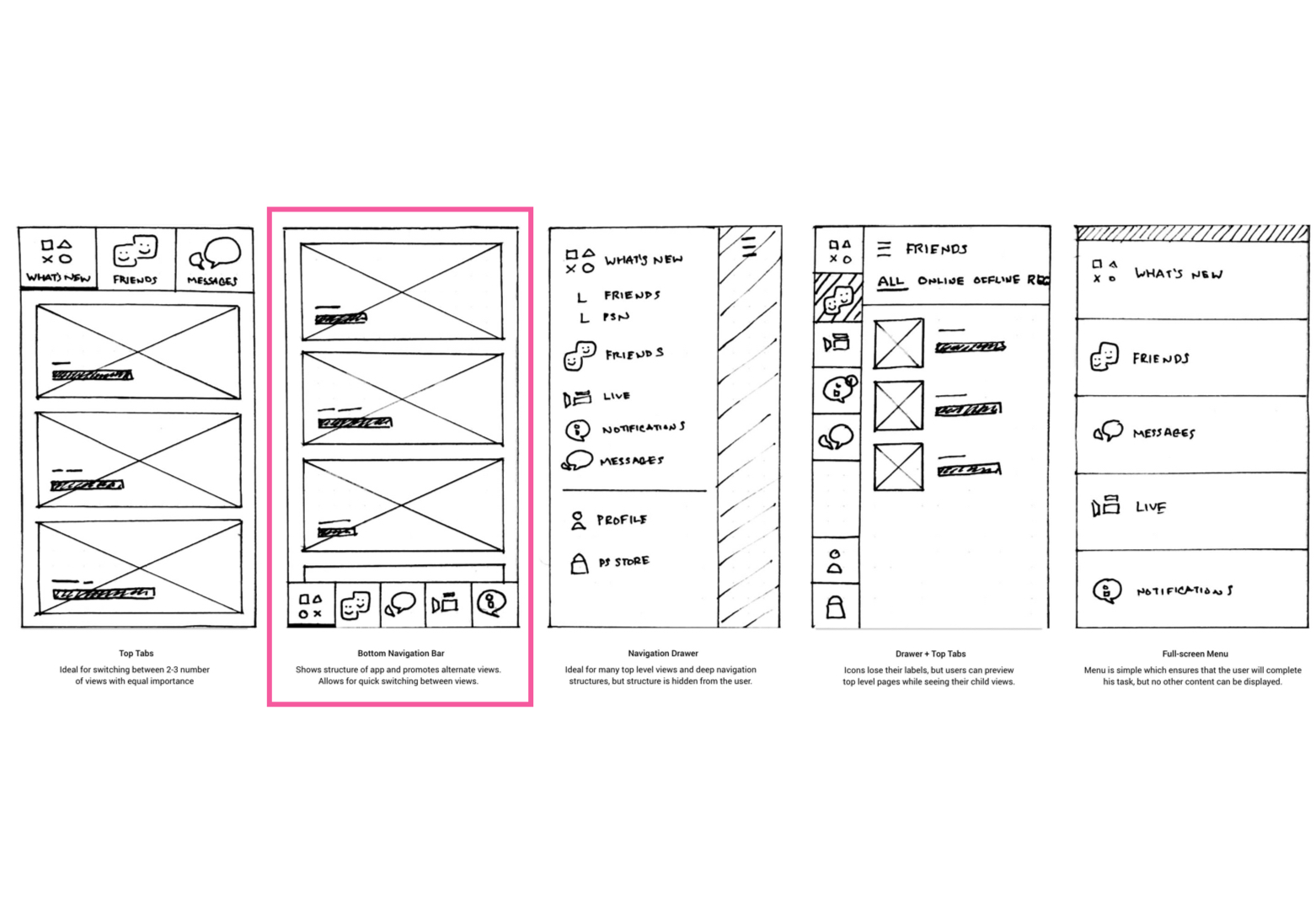 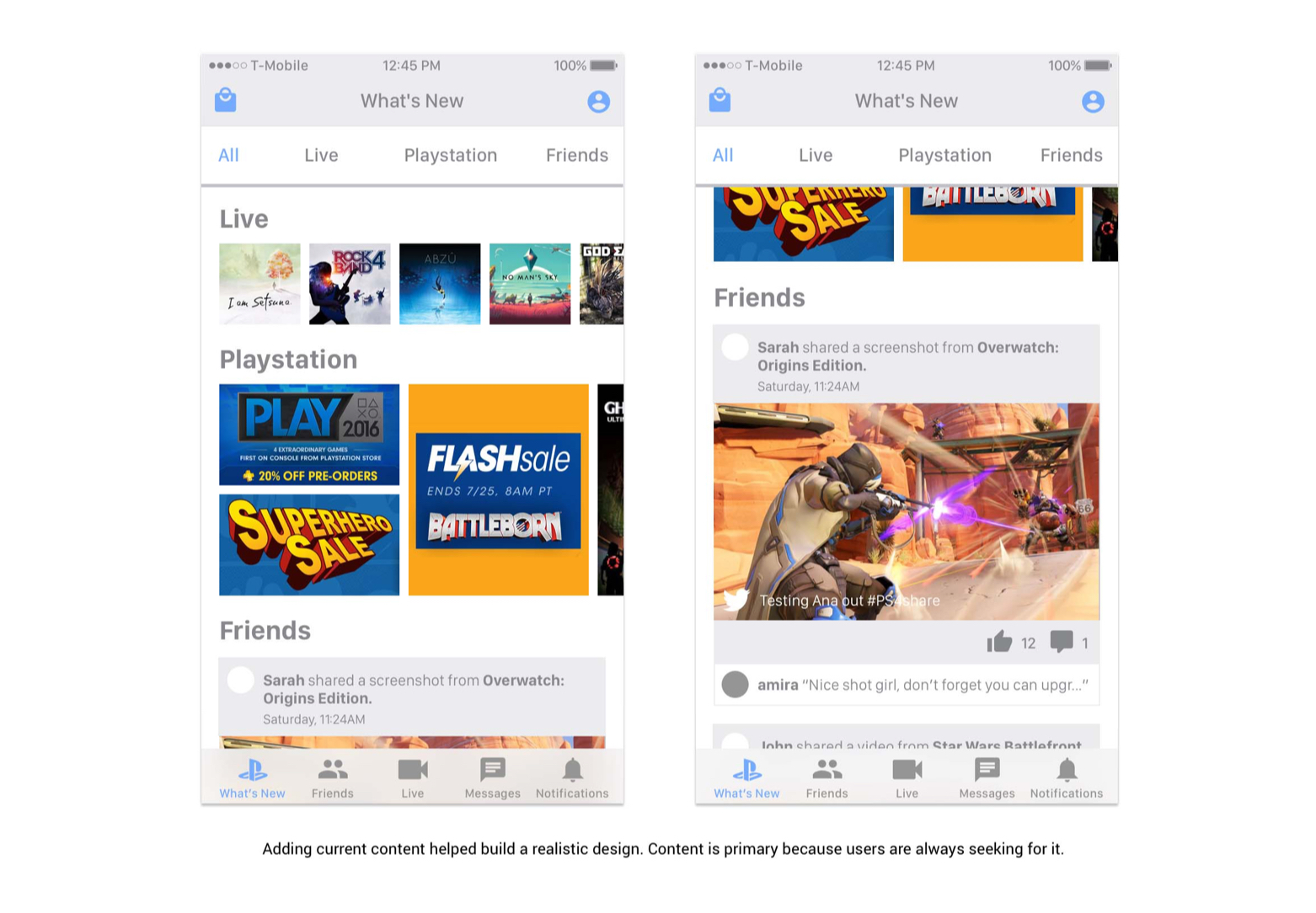 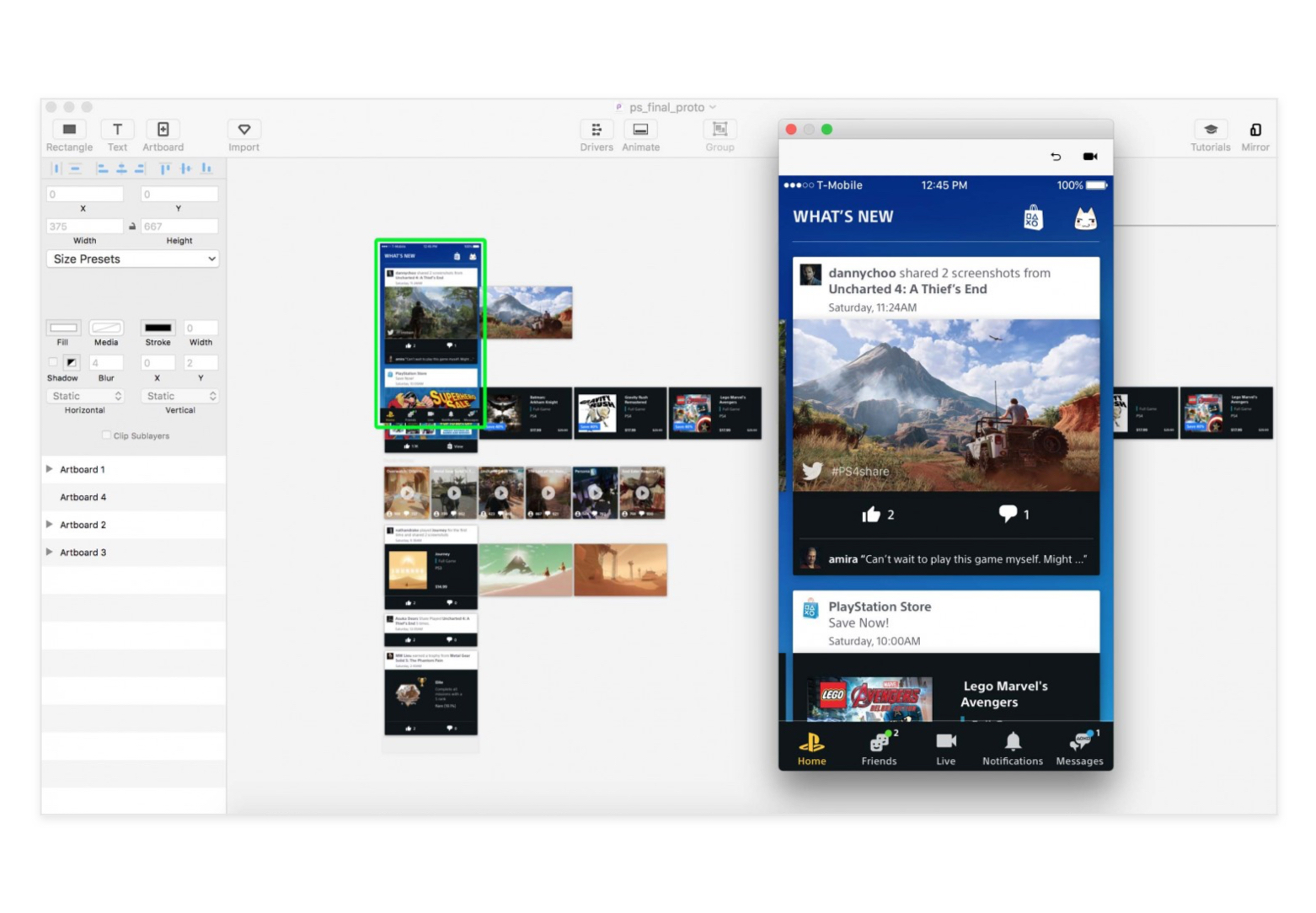 Meet Martin, a socially active gamer on the Playstation Network.

He needs to feel connected with the Playstation community every day.

With the redesigned Playstation App, he can follow what his friends are up to and learn about new content from Playstation.

using a more linear, but more informative feed and better grouping of content

in a way that is organized and clear.

This project was a case study on the navigation of Playstation’s iOS App. The goal was to optimize the navigation experience for better discovery of content.

The biggest issue was that users were forced to drill in and out a menu which made content discovery very tedious. Secondly, users would post numerous screenshots from their gameplay in a day which would create spam within other people’s feeds. The next issue was that advertisements from Playstation would fail to surface product sales which would cause users to glance over them. One last issue was figuring out ways to integrate not only activities from your close friends, but activities from the community within the same feed to stay connected to the overall community.

One main page that users drilled into the most was the friends feed. This became the center of the project and helped solve the many other discovery problems within the App. It was able to group posts made by the same person into a single grouping for shorter feeds and less scrolling. It also made Playstation’s own product advertisements more enticing by surfacing more information from the advertisement. Finally, there were other top level pages within the App that had content related to the community. Bringing tibits of content from those pages into the feed allowed users to discover more about the community within the same convenient feed.